Clive’s on the Oche for Darts Championship

You may well know our Group Operations Manager Clive Burgess as the man who oversees everything that we manufacture at Clearway, CDW & Designex. By day he carefully manages three factories for the Group and scrutinises our quality and on time delivery as well as looking after our Production staff. Now that’s enough for anyone to take on, however Clive also finds time to run Tewkesbury Junior Darts Academy and also to compete as a very talented amateur darts player. 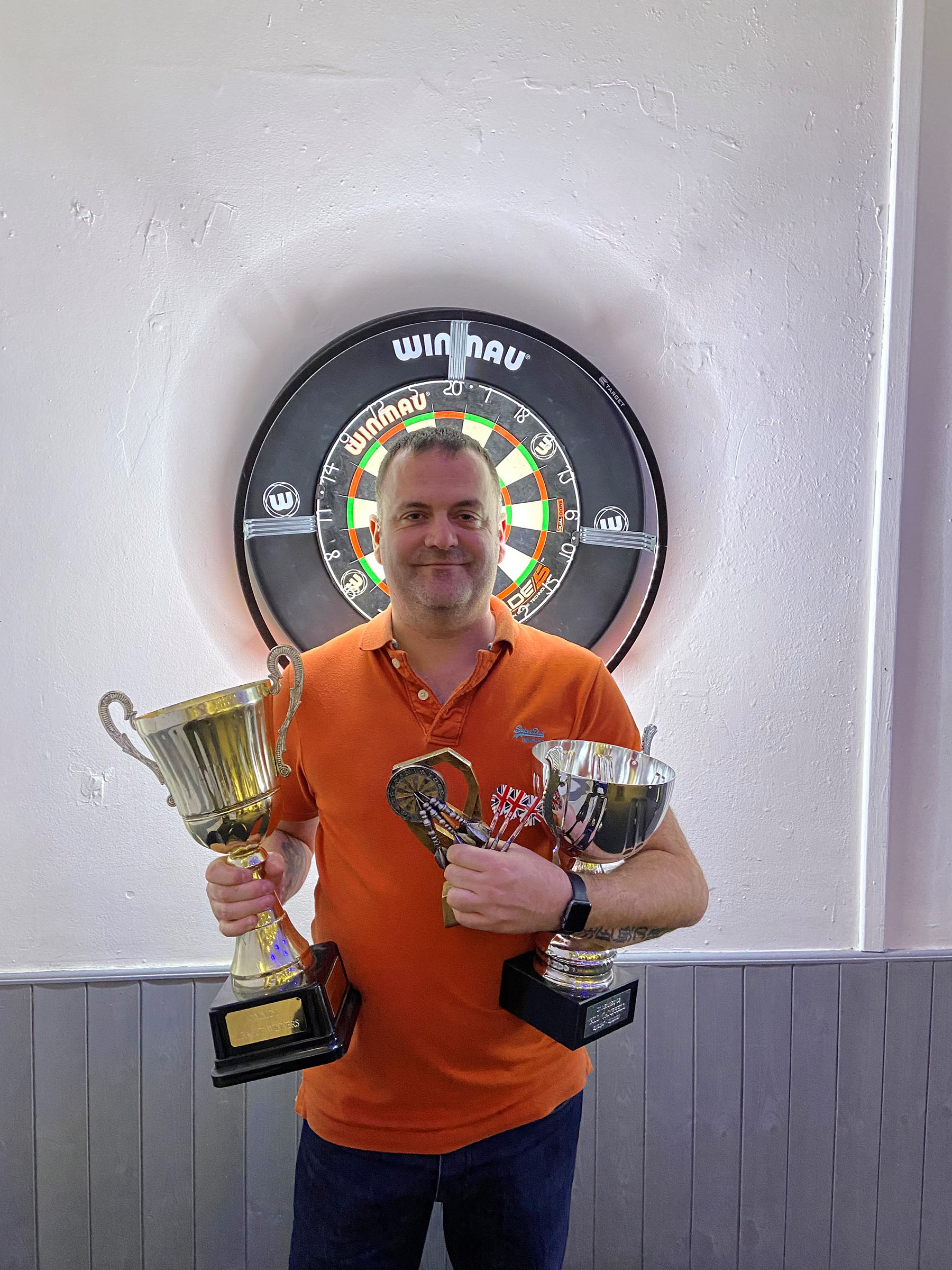 “As you know I run Tewkesbury Junior Darts Academy which is fully endorsed by the Official Junior Darts Corporation (JDC). At the start of Lockdown all those months ago, all the academies had to close their doors and that was it or so we thought.

However, shortly after the start of the Lockdown the JDC devised a program called JDC Virtual which meant the students and other players could practice online. It was a big success. So much so, they decided to hold the very first JDC Virtual Amateur World Darts Championships. All players had to do to unlock passports for the event was to complete the practice routine every day and have an average score of over 700 over 6 days to unlock their first passport. Once players had 6 passports unlocked they obtained their “virtual ticket”.

After this, players then had the chance to get ranking points by doing the routine regularly, and having their 10 best scores recorded, giving a grand total of points which would then form the ranking table.

At the close of that I found myself in 16th place in the rankings out of over 400 people.

Whilst waiting for the event to happen which currently is planned for June this year in Gibraltar. I have competed in a number of online events, most recently this weekend where I was competing for the English National Amateur Champion Title. Unfortunately I fell a little short in the quarter final, losing 8-7 to a very established and accomplished ex pro.

I am now actively looking for sponsors who can help cover some of the costs of the Gibraltar trip and for any other competitions I enter over the next 12 months, so if any one I interested in sponsoring they could get in touch via email – TewkesburyJuniorDarts@outlook.com

Obviously I wouldn’t want sponsor money for nothing, I would display company/business logo on my darts shirt for the event which will be streamed live to 1000’s of people on social media etc, and I would also be able to offer a space on my board surround for the same thing (logo display) for any more online/streaming comps I enter. Plus the good publicity it can bring. And even for the right deal I could offer % of any prize money I get from the event.”

We all wish Clive the very best for his Gibraltar adventure and will be keeping track of his progress.